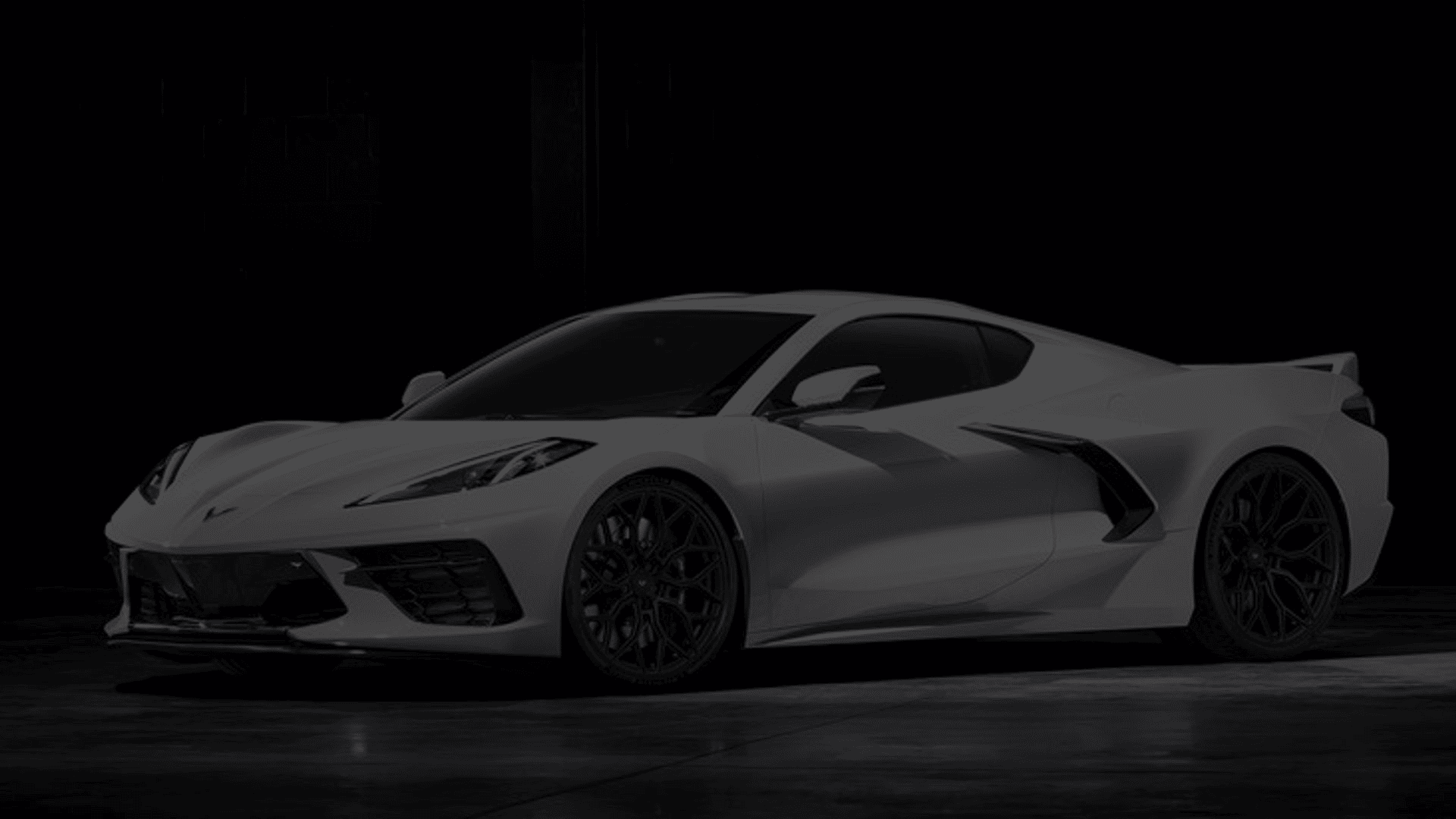 What factory paint defects have you seen from the factory or dealer? – FAQ

What factory paint defects have you seen from the factory or dealer?

We talk about these common issues mainly for awareness that we may be reaching out to you while installing clear bra/paint protection film, conducting paint correction/paint enhancement, and/or ceramic coating.

Paint, as we discussed in another FAQ, is thinner overall now since switching from solvent-based to water-based paints. Some of these other issues that are less common, we aren’t sure if because of staffing shortages and delays due to COVID-19, or some other reason.

– Bubbling. We have had to send multiple vehicles back to the owner when we discovered bubbling paint (typically on the roof, in one case from a Chevy Tahoe) that came from the dealer in Killeen. Unfortunately, it took months for them to get it repainted.

– Debris in the paint. Everything from fuzz painted in on a Kia Telluride tailgate from a client located in Copperas Cove, to dust baked in from a Tesla delivered from Austin.

– Poor paint cover-ups. More often than we would like to believe, vehicles are damaged either during transit from the factories in the long journey to Killeen, or someone at the dealer dings a door, or a client damages the vehicle on the test drive. Dealers rush to fix the issue, which we often call “quick respray” – meaning very little prep was done prior to repainting a small area. This can cause issues when installing clear bra or even polishing, depending upon how bad the defect is.

– Dents, creases, and dings. Some dents or dings seem as though they might have occurred on the lot in one of the many dealers in Killeen (most dealerships are in the Killeen proper area, and almost none in Harker Heights or Copperas Cove), but some seem to be clearly from the factory. This is common on Teslas, which we have seen many, many, factory creases in body panels. Due to their locations, it simply doesn’t seem likely that it happened at the Austin delivery center or by the client.

– Swirls and scratches. Of course, dealers are known for this. Dealers in Killeen are no different, and being that the Copperas Cove/Killeen/Harker Heights areas are smaller in population than the greater Austin area, it’s probably even harder to find help. Dealers are notorious for quickly “detailing” vehicles, which might even be a step down from one of the many Mister Car Washes or Today’s Car Wash automatic car washes in the Killeen/Copperas Cove area. Dirty rags, quick turnaround, generally low pay for the detailers leads to tons of swirls and scratches in the paint.

See Us In Action 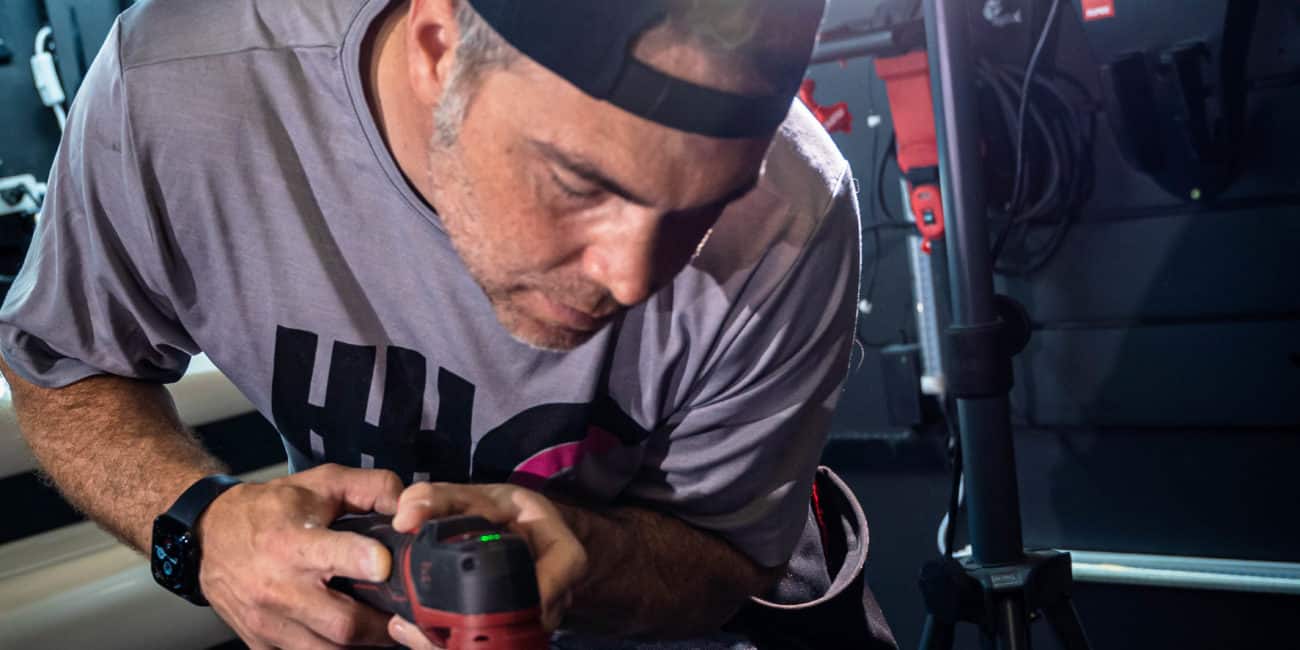 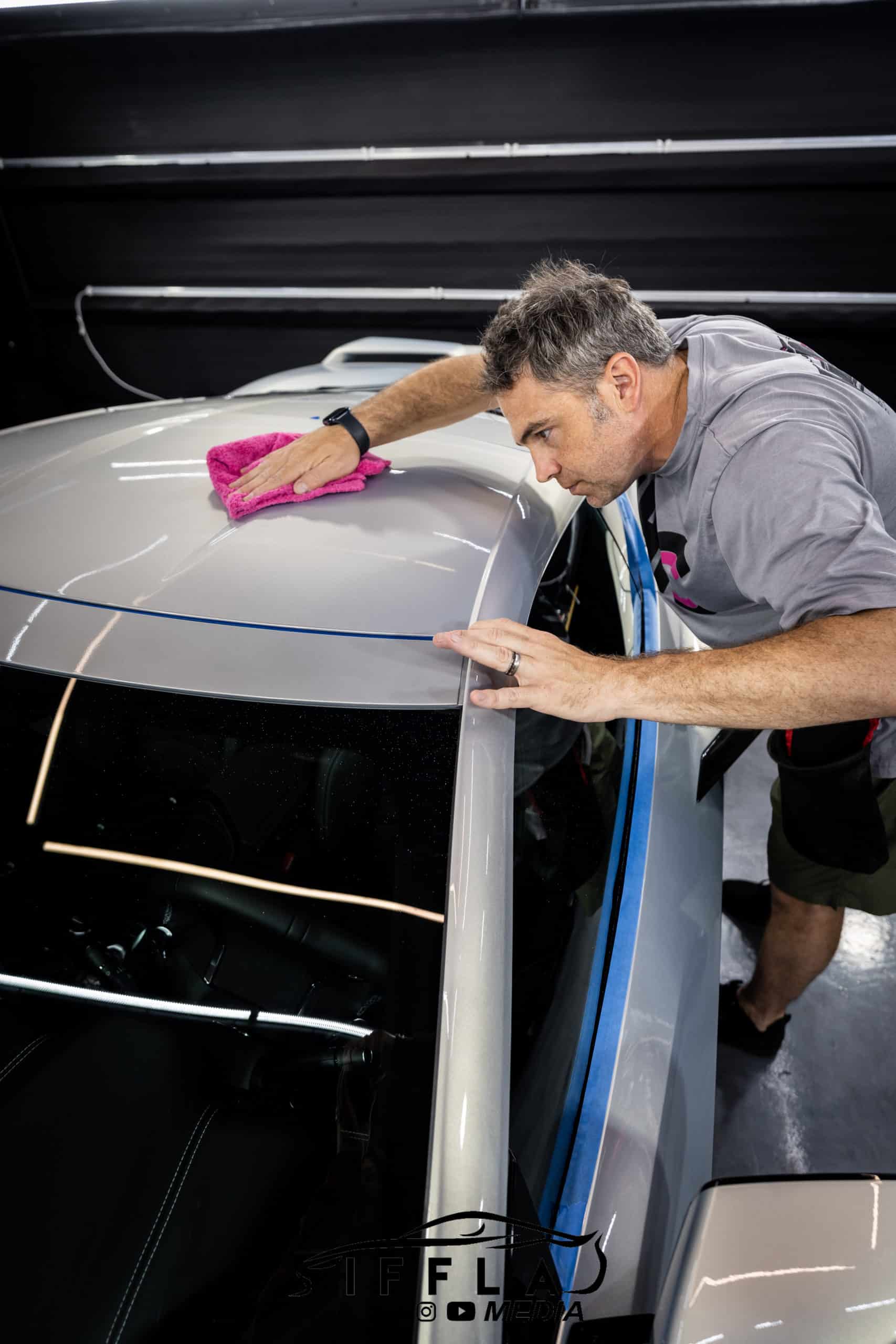 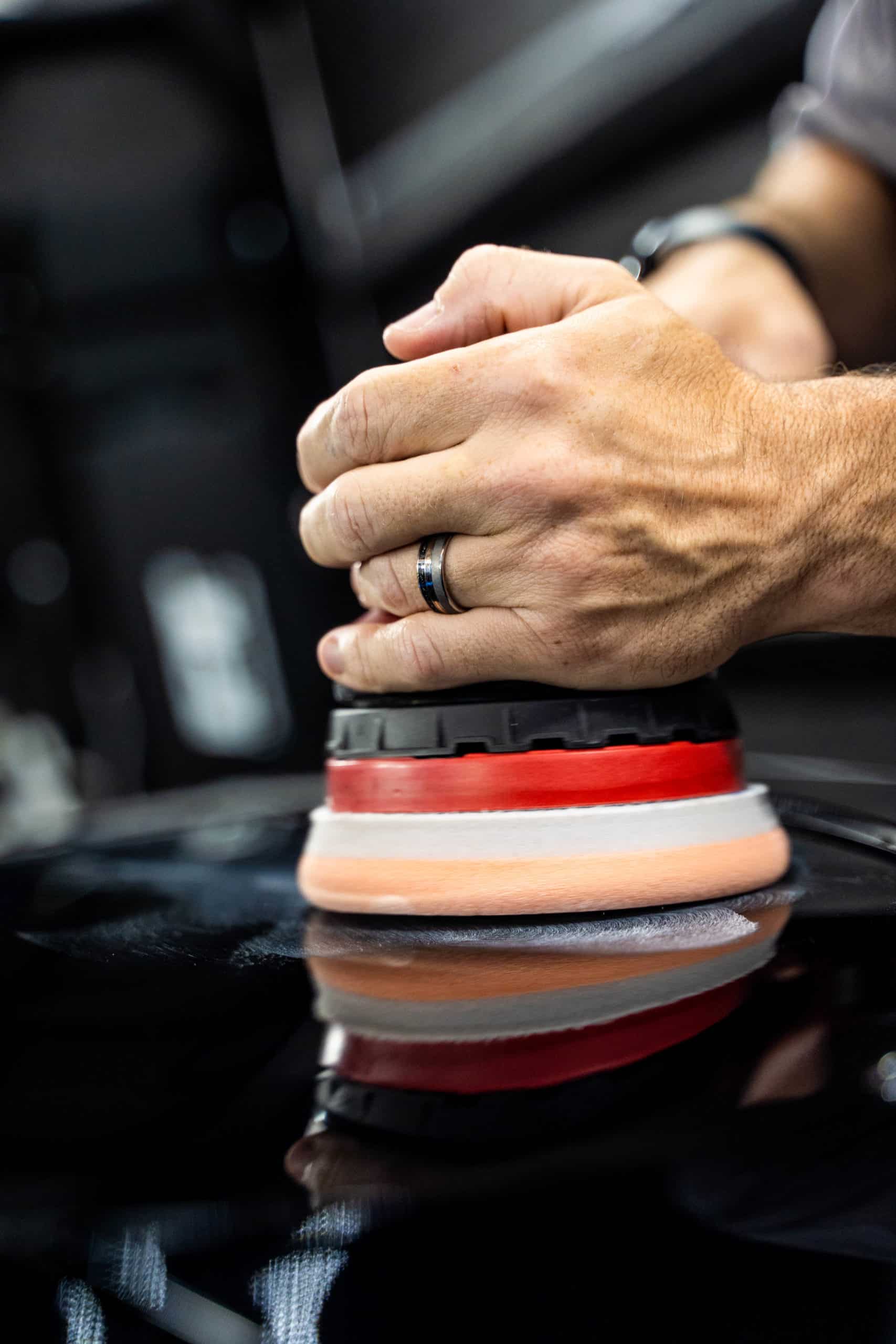 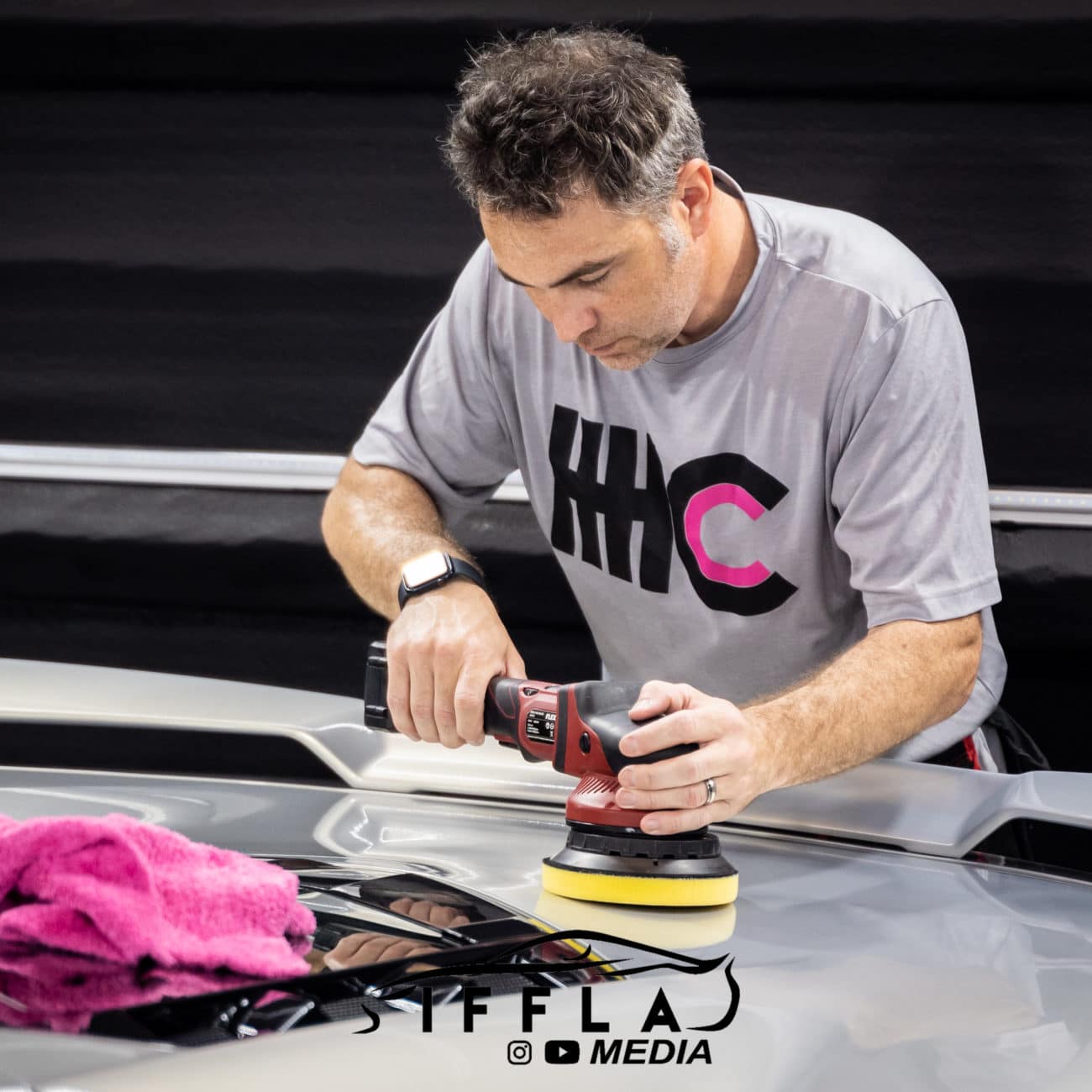 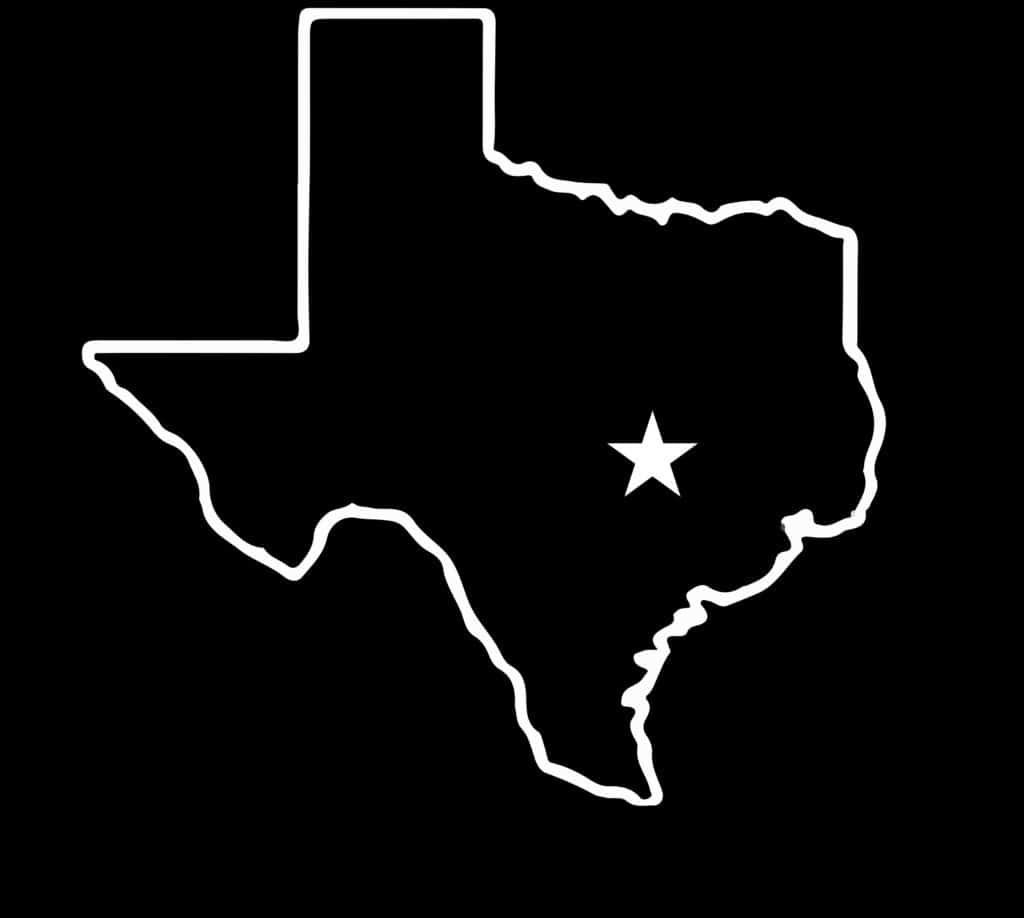 All website content is copyright of Harker Heights Ceramic Coatings, LLC (HHCC), unless specifically cited otherwise. HHCC does not authorize the reproduction of any content on hhceramiccoatings.com, specifically within the Lampasas/Copperas Cove/Killeen/Fort (Ft.) Hood/Harker Heights/Nolanville/Belton/Temple/Salado areas. Selective reproduction may be authorized for other geographical areas (outside of the traditional HHCC service area) only with the express written consent of HHCC.

We are a Ceramic Pro certified installer! Ask us today about our Ceramic Pro packages with warranty and how our work will be associated with your vehicle on CarFax! Ceramic Pro offers six month (Sport), two year (Bronze), five year (Silver), and lifetime (Gold) warranties.